2199 is a performative virtual reality installation, questioning the notion of authority, perception and control. Three users wear virtual reality helmets and are seated on platforms that can rotate. Together, they are committed to a choreography by a voice giving them orders.

User finds himself in a minimal virtual world, abstract but rather faithful to the spatial physical reality around him. Thus, the platforms and chairs are appearing in both virtual and physical realms and are positioned accordingly. Users head rotations are also transcribed in the virtual world in real time

At this point, the experience begins with a voice welcoming the user and giving him orders. He is not explicitly forced to follow the orders of this voice, but the context conditions him to do so. The voice invites him to look at some precise points in the virtual world containing textual instructions, which launch physical rotations of the platform and its chair. The user control its own movement within the range of what we allow him to do.

Together with the others two participants, he is committed to a choreography. Without being made aware of, the user becomes an actor of the artwork, giving it life and assuming the potential responsibility for its success or interpretation.

At every moment, he gets a glimpse of what the others are doing through the virtual reality. Does the fact of being part of a group reinforce the feeling of obedience and therefore creates a cohesive choreography? When does the user become conscious of this trickery ?

The experiment stops by bringing all the users back into the initial position and causing them to take off the VR headset. The experience is usually followed by a discussion with “the performers” explaining the means and inviting them to watch the next choreography that will be performed by the following visitors.

The work then takes all its meaning with this double reading and this confrontation between what happens simultaneously in the real environment and in the virtual one.

2199 is a reference to the year people are supposed to live in the movie Matrix, which is itself inspired by the book Neuromancer written by William Gibson. In this book, virtual reality has become impossible to differentiate from the reality, therefore used to force people into decisions.

It can also be seen as freely inspired by the experiences of control and submission to the authority conducted in the sixties, such as the experience of Milgram. In the context of an artistic experience too, there is a moral acceptance of the protocol put in place. In a group, members will tend to seek peer approval and to conform to their behavior. Visitors will be very influenced to what other visitors will have done before them.

In this artistic experiment, we use these principles and try to see how far visitors can be pushed by orders that become more and more absurd as the experience unfolds. This experience also allows to account the degree of immersion that each person can access. This degree varies greatly depending on the individual. For instance, some person managed to ignore the environment in which they are initially and all that arises, such as fear of looking ridiculous or the sensation of being observed.

2199 is an unprecedented experience which constitutes a reflection and a critique of our vulnerability using such technologies, especially virtual reality, which is today victim of its success and is too often used without reflections. 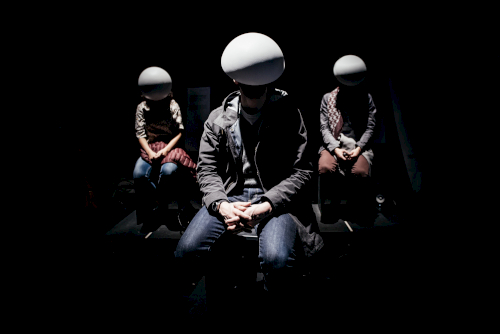 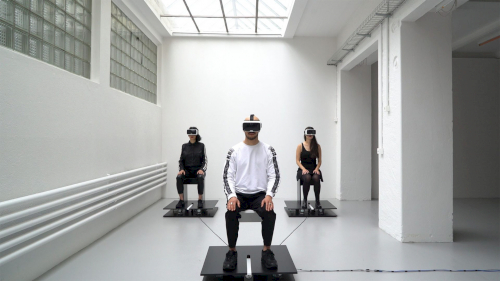 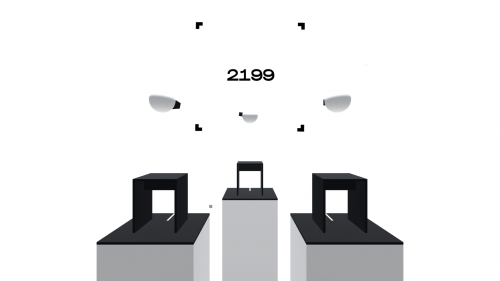 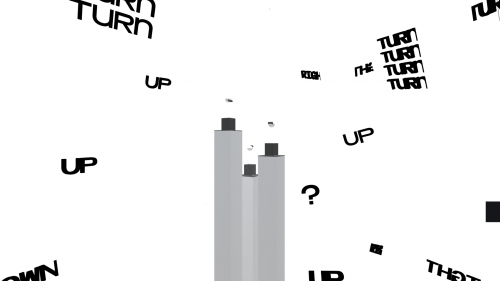 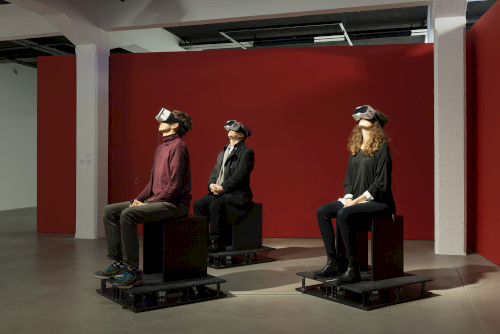