Beyond the Landscape / ECAL

Artistic and algorithmic reinterpretation of a landscape. Workshop with 9 students in the foundation year option Media and Interaction Design.

As part of this workshop, the students were asked to question the status of the map as a digital copy reflecting a real landscape. The restitution of a landscape in the form of data and by extension in the form of a map or data visualization can be more or less faithful to its real model. The students were confronted with different levels of abstraction and with the different layers that make up the landscape: nature, infrastructure, data (geological, demographic, topographic, etc.).

Each student had to choose a theme to deal with around the map and render it visually in the form of a script processing. The script generates an image in the form of vector lines which can then be drawn with the Axidraw (drawing plotter).

Among the possibilities, the students could choose to make a reconstructed (or inferred) map from data, invent a fictitious place or interpret an existing landscape in an abstract way.

Exhibition in ELAC from march 15th to 26th 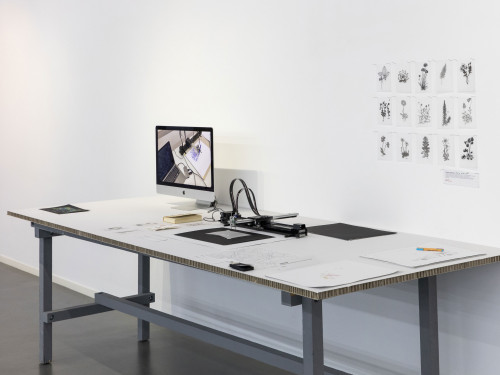 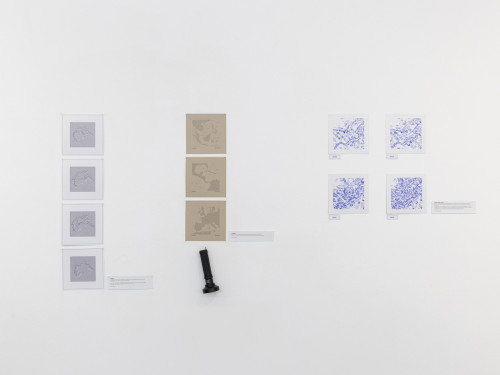 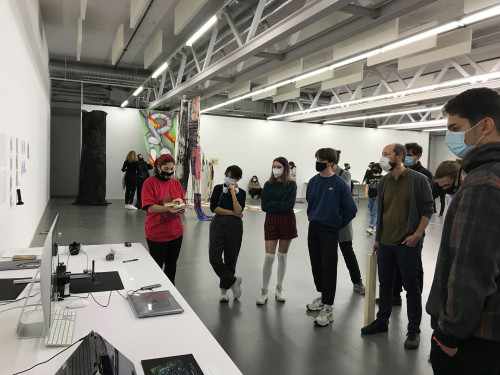 Map of the Starlink satellite network at various locations around the world. Point the UV lamp at the drawings to show the connections between the satellites. 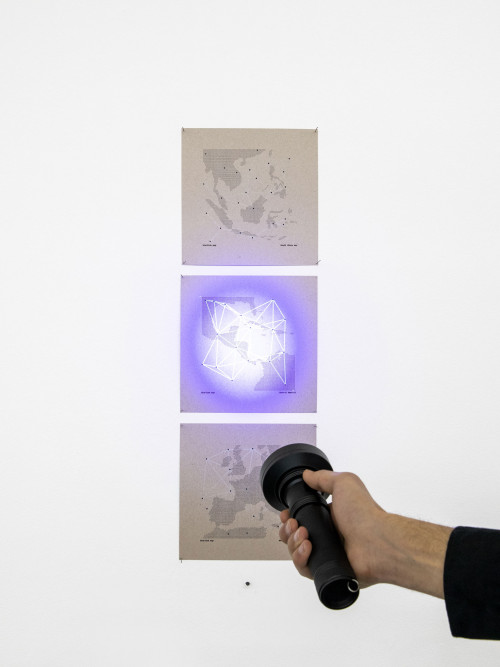 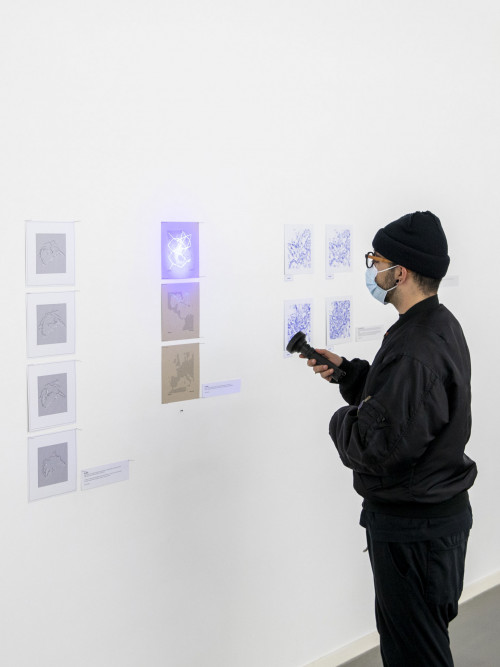 Visualization of the earth's gravitational field and its anomalies based on the "Potstdam Gravity Potato". 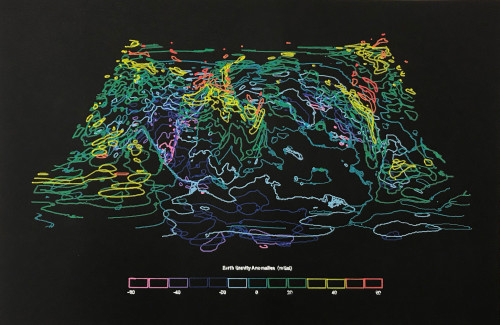 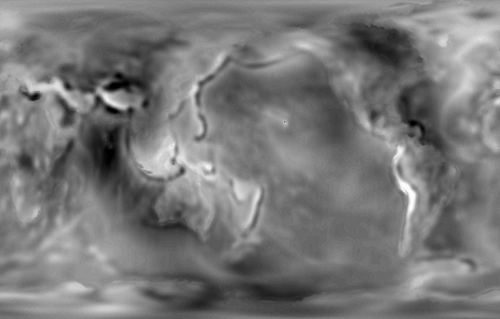 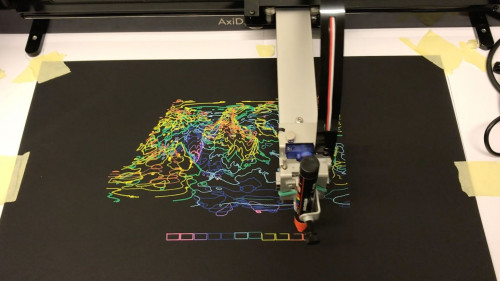 Scan of images from Anthony Huxley's book "MOUNTAIN FLOWERS" redrawn in bitmap on layers. The goal is to create a graphic and symbolic contrast between nature and technology. 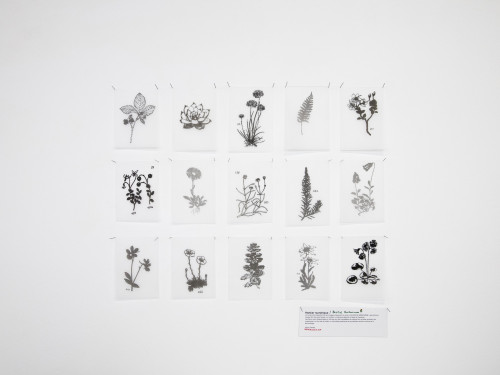 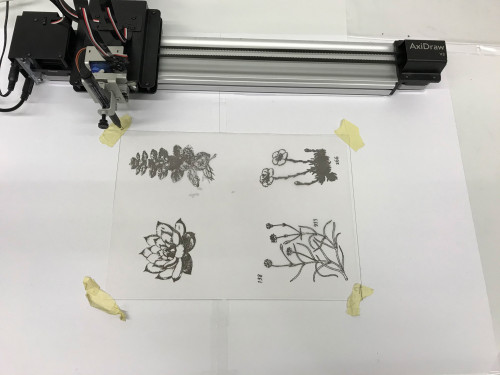 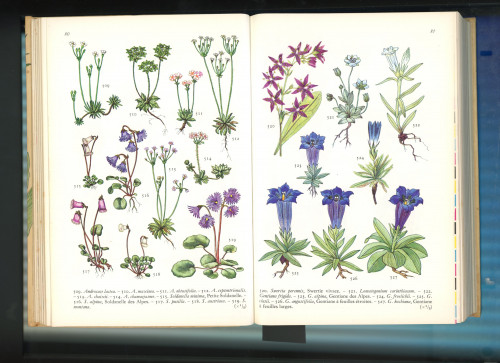 Evolution of the loss of tree cover in Porto Velho, in the upper part of the Amazon basin. In particular, we can recognize the major waterway of South America, the Rio Madeira. 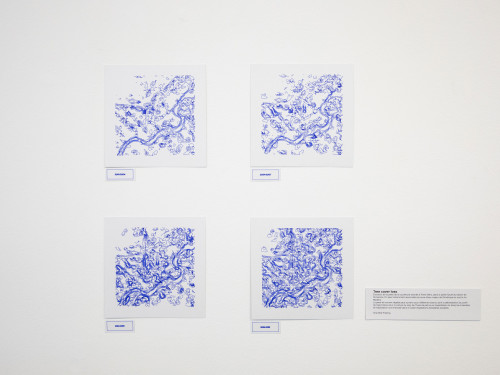 Visualization of the topography of the Ticino region, image generated from a heigtmap from Swisstopo data. 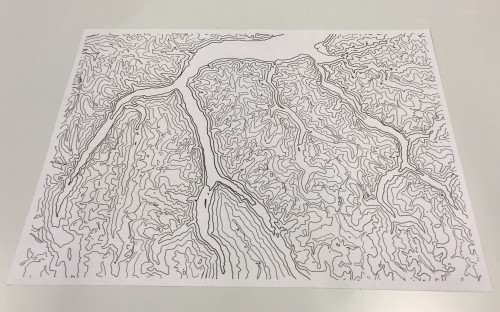 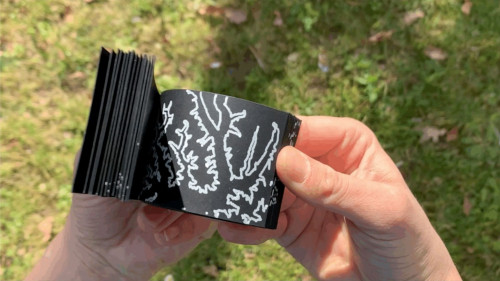 Visualization of the evolution of the landscape surrounding the Rio Teles Pires every 10 years, starting from 1984 to 2014 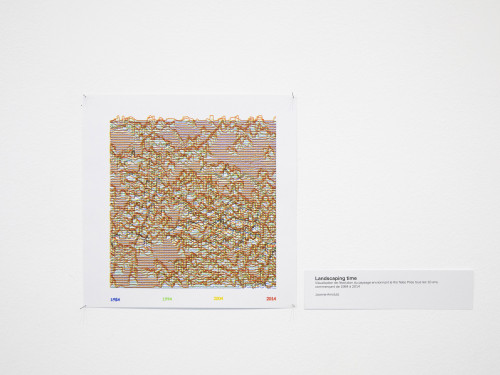 Visualization of emotions nationwide (March 8-12) by conducting a survey. 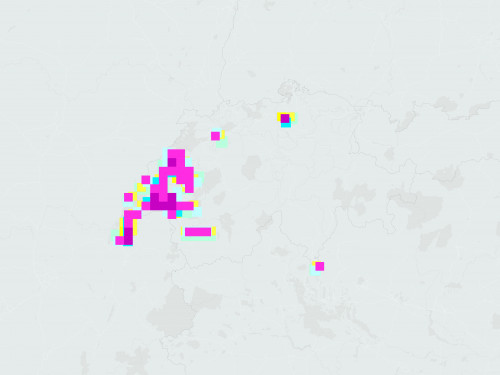